Back
Actor Artist Theatre Theatre in Kalisz
Published on 26-10-2019 by youArtiste® Theatrical stage verifies your skills – conversation with Michael Felczak
His acting debut was a great success. His role as Christopher in The Strange Case of a Dog at Night, directed by Bartosz Zaczykiewicz, delighted critics. Soon, on the stage of the Boguslawski Theatre in Kalisz, we'll see his next performance. Who is Michael Felek Felczak?

Agnieszka Kobroń: On one of your social profiles, you recently wrote that you have completed one of the stages in your life and now it's time for the next one. Are you talking about finishing your acting studies?
Michael Felczak: In June, I just graduated from the Aleksander Sewruk Acting School in Olsztyn, but I was already an actor at the Boguslawski Theatre in Kalisz. So, it's not really what you think but rather something to be counted as a whole.

So, what's hiding behind the meaning of "next step"?
My plan for further development. At the moment, I work in a theater. I try to learn and grow all the time, and seek my own place. Because it's not that I want to settle down in one place, for as long as I have the will, I'll try many things.

Due to your profession, you can' t really settle in one place.
You're right, but there are people who do that, of course, although I know myself and I know that this is not my path. At the moment, I am very happy with my work at the Boguslawski Theatre in Kalisz.

You graduated from an acting school, are you going to pursue your higher education at the national theatre school level?
No, not really. I'm not even attracted to it somehow, because at the Acting School in Olsztyn, I have received everything I could possibly dream of. I have learned a lot of things there and I doubt that the higher theatre degree program can teach me more. Particularly since I had the opportunity to go on the professional stage with my professors from the very first year at the Olsztyn school. And this is the most precious experience for me. After all, it is the theatrical stage that really verifies your skills. And while I was performing with my professors, I had the opportunity to learn from them, watch how they work, benefit from them. And at this moment, I don't think I need higher education theatre degree. Especially since I am currently studying philosophy. I am in my third year.

Why don't we go back to the beginning of your acting adventure, so what made you come to Olsztyn?
You could say that it was a complete coincidence. For two years, I’ve tried to get admitted to all higher education Theatre Schools in Poland - Lodz, Krakow, Wroclaw and Warsaw - unsuccessfully. During third year, I also applied to the Acting School in Olsztyn. You will probably ask me why? Well, I had a lot of positive feedback from outside the school, and so I thought it might be worth a try. I got in and within a week, I moved to Olsztyn. It was the best decision of my life.

And after Olsztyn, the Boguslawski Theatre in Kalisz came to you also by chance?
That's a completely different story. First of all, my family home is only forty kilometers away from Kalisz. Secondly, I grew up in that theatre. When I was a child, my parents used to take me there. Finally, before I got admitted to the Aleksander Sewruk Acting School in Olsztyn, I successfully won the audition for a stage play Venetian Merchant directed by Adam Nalepa. I met the team, and I really liked it there. It was my first encounter with the professional theatre scene, and when I got to Olsztyn, I decided that it was there that I wanted to develop my craft, it is there where I wanted to perform on stage. So this is no coincidence.

And you have managed to join the actors' team in Kalisz without any problems?
Due to the fact that I had the opportunity to perform in a variety of plays at school, during my third year, I've jumped a year higher. I was to act in the play Tęsknota / Longing, directed by Piotr Sieklucki. It was a compilation of several plays by Chekhov: Three Sisters, Uncle Vanya, Cherry Orchard and short stories from the collection My Life. This play gave me a lot of room to show off, which I've tried to use as best I could. So, I invited Bartosz Zaczykiewicz, the director of the Boguslawski Theatre in Kalisz, to this particular performance. From that point on, I've exchanged about a hundred e-mails with the Director, and after almost a year, I've managed to get to that theatre. That is why I am double proud of myself, because I achieved it myself. I was working for it, and I’ve succeeded. 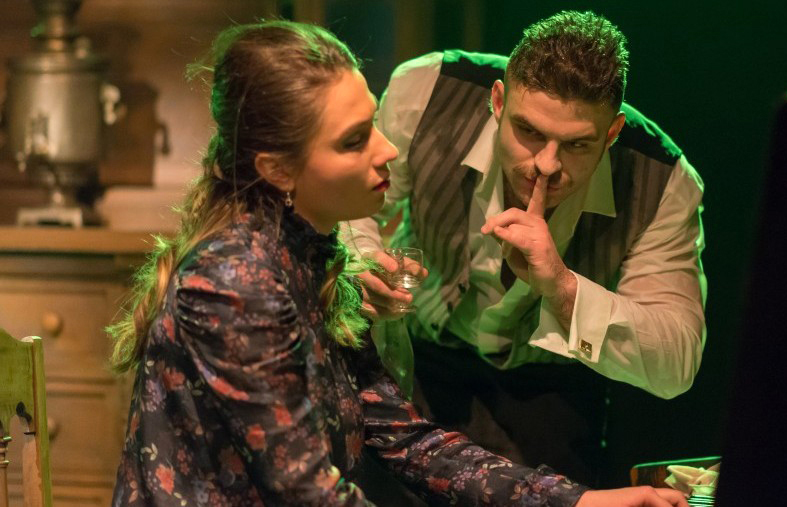 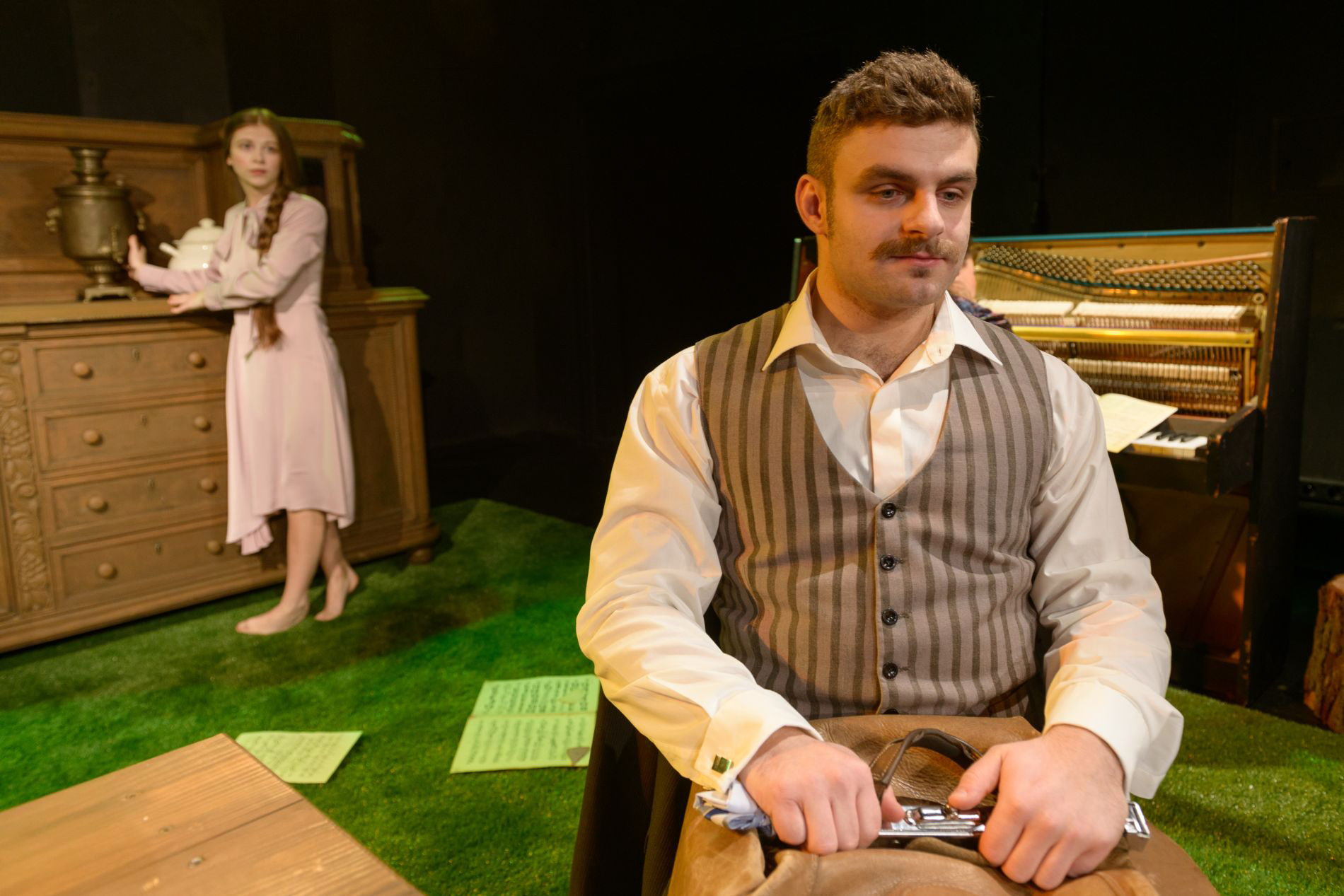 The Strange Case of a Dog at Night, directed by Bartosz Zaczykiewicz is also your dream debut?
Now, I can say yes. But at the beginning, I had mixed thoughts, because Director Zaczykiewicz is a quite mysterious man and when I joined his cast, for a long time, I had no idea which character I will play. I knew this particular stage play, and I was quite sure that for my first performance in this theatre, I wouldn't get the main role because truly, the burden of the performance lies on Christopher's shoulders. And up to the first rehearsal, I remained convinced of that. It turned out, however, that the leading character's role will rest on my shoulders. But I have an impression that I have managed to play Christopher in such a way that the role was interesting and the audience wanted to follow it.

I've read reviews and everyone's thrilled.
And after those reviews I've realized that I probably made it all right (laughs). 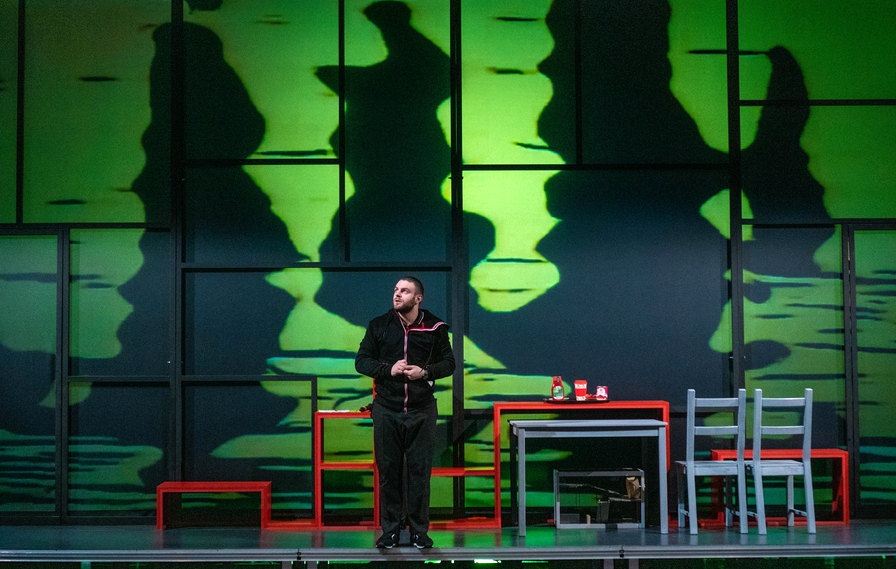 And you had a really hard job to do here because to be Christopher you must truly have an insight.
Luckily, there were many rehearsals and we worked really hard on this piece. We tried to create the best play possible. And the stage director, and in this case our theatre director, gave me a lot of leeway. And so, this project was a good test for me because I could demonstrate some of my new ideas and use some of the techniques I already had.
Weren't you afraid you won't be able to do it? 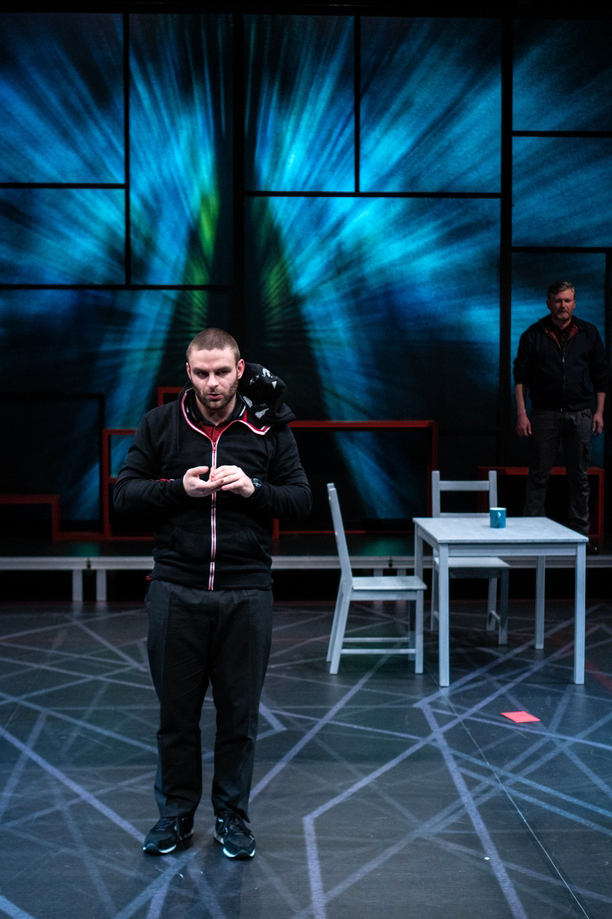 Of course I was. Because when you play an autistic young boy it is very easy to hurt the feelings of the person who watches it. This is a delicate matter, from which you cannot make a grotesque. Fortunately, I had the assistance of a person who works with autistic children regularly and she gave me many valuable tips. I met with her when my character had already assumed a certain form, when I had arranged in my head how I wanted to play the role, she then came to rehearsals and told me what is good and what I should give up. And on this basis, I had created Christopher.

In what will we see you in the coming season?
In the upcoming season, you will be able to see me in the play Man of Oklahoma, directed by Cezary Ibera. It’s a recent piece written in 2016 by Lukas Linder. It's partly absurd, partly grotesque, and in a completely different form and style one might expect. In this piece, I will play a teenager who comes from a wealthy family, has everything placed under his nose, and exploits it very much so. He is extremely confident and doesn't care about anything. Although, it’s a small role, to me it is a little gem because my entrances will be very characteristic.

Monodrama also plays an important role in your life.
Particularly, the monodrama Stopklatka by Malina Prześluga, which tells the story of a boy who jumped head-first into the water and broke his spine. He will spend the rest of his life in a wheelchair. In my third year of acting school, I had a subject called "Working with a Director" and the class activity involved preparing and then presenting a 15-minute monodrama of a chosen literary text. I decided that it will be Stopklatka, and since I was unable to get this text anywhere, I wrote directly to Malina Prześluga and asked her to send me a copy. You could say, it all began from this very moment. My monologue was well received by the professors and decided to take it to (MOTYF) Monodrama Festival in Tysk in the form of a 15-minute monologue. I won the third place, so I decided again that I will continue to expand it. This time to thirty minutes. And so, I took it to the Theatrical Consequences Festival in Sopot. Although, there was no award, the reception was very good and so, I decided to go on. Now, I have forty-five minutes of a full-length monodrama, and I still hope to perform this play at a festival sometime soon. 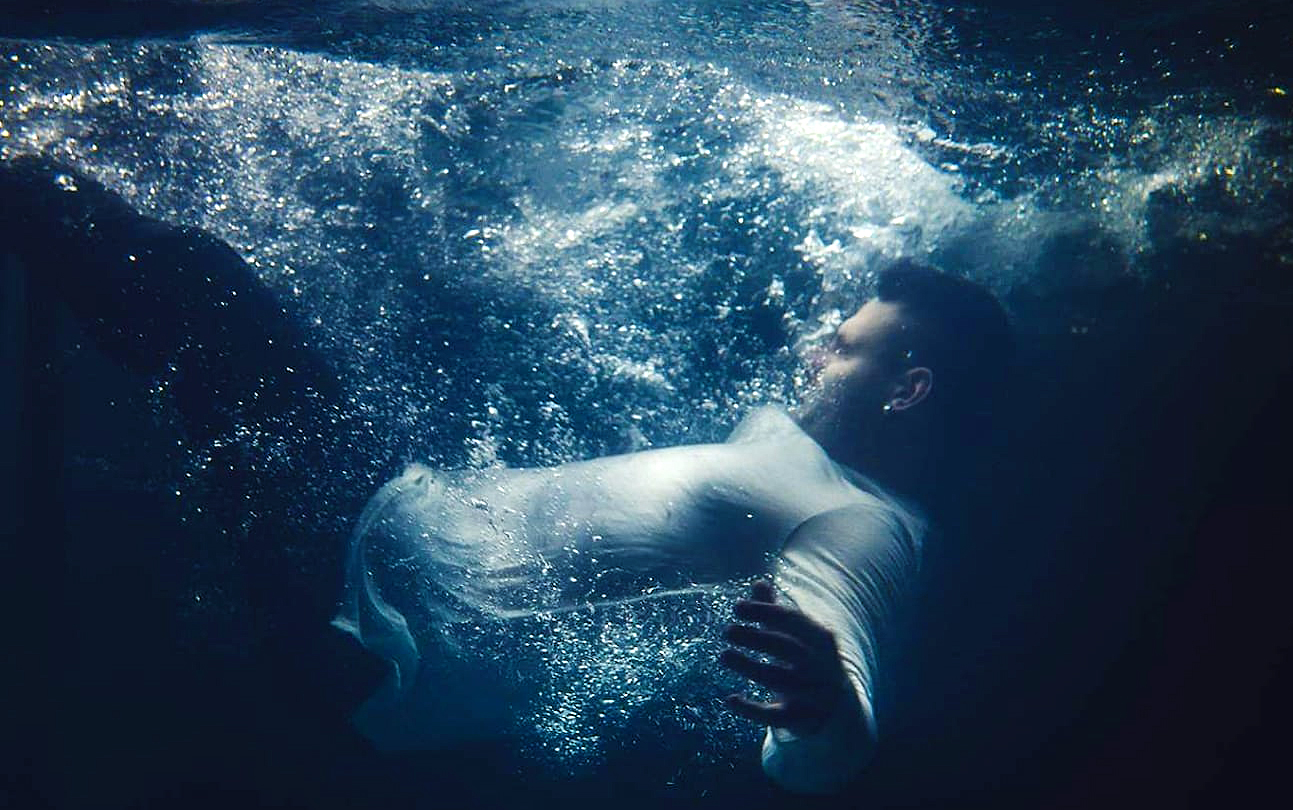 And finally, I have to ask you about the music because, as far as I know, it's very important in your life.
You just dug into my early artistic life (laughs). After primary school, I went to music school to play the piano. But as a young boy, I wasn't too convinced about it, so after finishing the 1st grade, I decided to stop my studies. Then, at one point, I felt that I missed it a bit and signed up for a course in classical guitar. In high school, I started a band with my friends and that's how I learned to play the electric guitar. It was a dirty, crazy playing. But as it turned out later, the ability to play different instruments was very useful in my acting career. 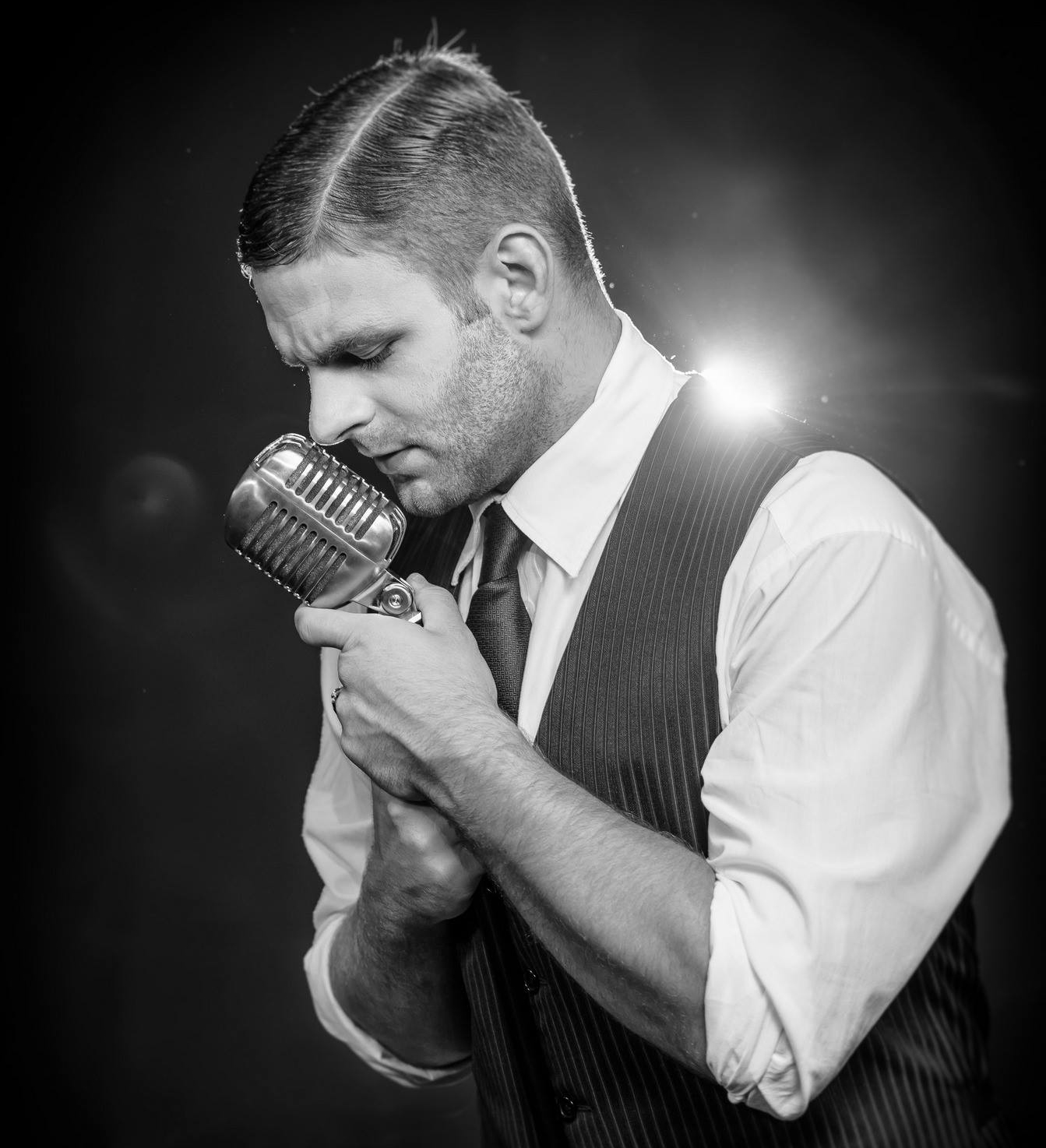 Upcoming shows:
29/30 Nov. & 1 Dec., The Strange Case of a Dog at Night, Boguslawski Theatre in Kalisz


Note: This interview was conducted in Polish and then translated into English by the youArtiste team. Original interview can be found here: „Deski teatralne weryfikują twoje umiejętności – rozmowa z Michałem Felczakiem”


Author of the interview: 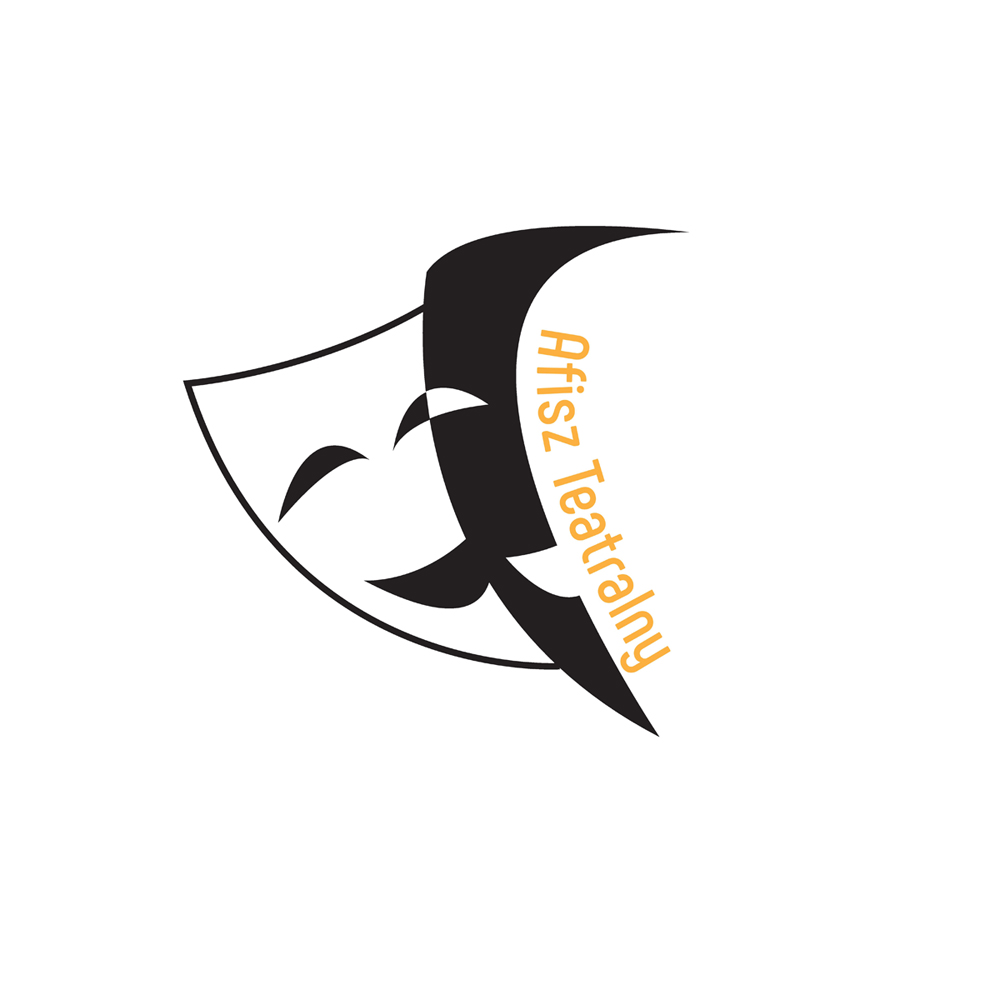 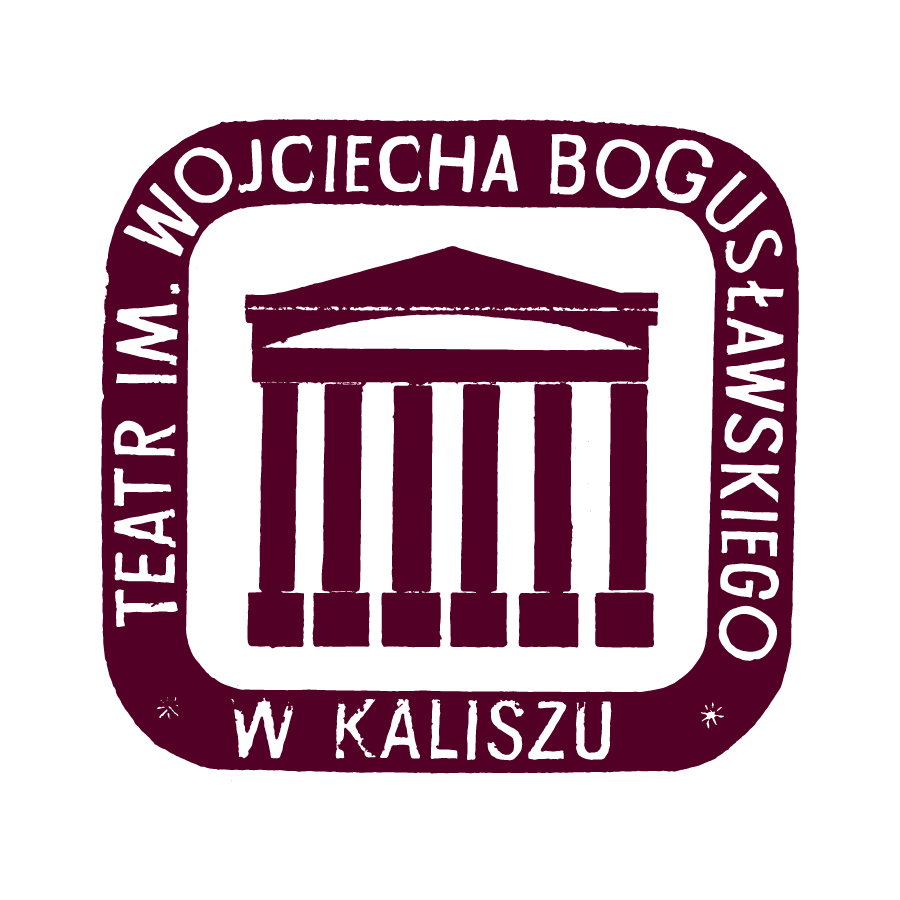 From Musicals to Film – Interview with Bret Shuford

Film/TV Musical Actor Broadway Life Coach
Bret Shuford has dedicated his life creating theatre and helping others do the same. He made his Broadway debut in the ensemble of Chitty Chitty Bang Bang, followed by Disney’s Beauty and the Beast, The Little Mermaid, and Amazing Grace. Most recently, he was seen on Broadway in Cirque du Soleil Paramour, and in the Martin Scorsese feature film, The Wolf Of Wall Street. He has continued to work regionally, and globally, self-producing his solo shows, and YouTube channel. As the Broadway Life Coach, Bret helps actors get more auditions, book more work, and find their self-confidence. He has spent years in the industry learning how to navigate a career based in theater and musical training, and build it into a career that has multiple on camera and original content opportunities.
More
Featured categories
Film/TV Theatre Artist Director